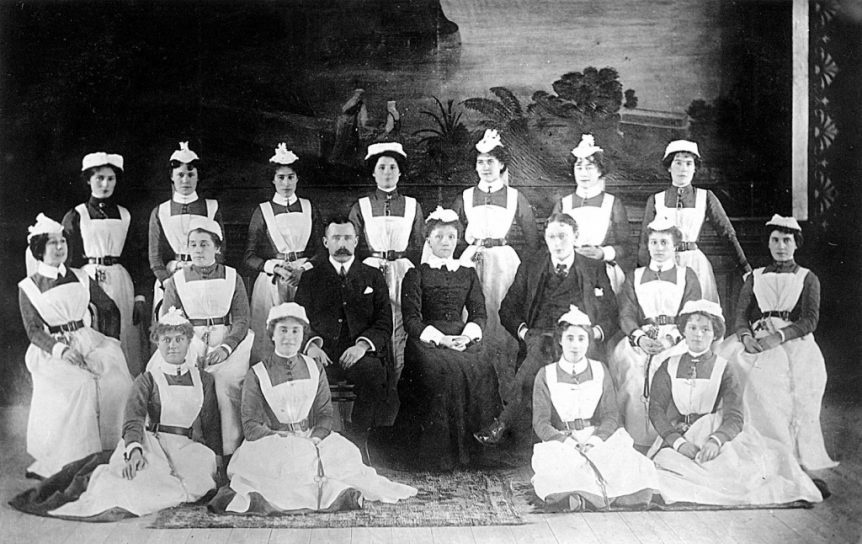 On Monday, 28 January, Ian Wheeler will talk to Oxfordshire FHS on:

This presentation aims to examine a wide range of aspects of the county lunatic asylum system bequeathed to the nation by high-minded Victorian thinking. It does so through Ian Wheeler’s family connections with Fair Mile, Berkshire’s asylum from 1870; nine of his family worked there in a period of a little over a century. A key message is that, although ultimately in need of reform, the asylums were a force for good and that their value and importance has been overshadowed by a long-standing ‘bad press’ – some of which is simple misunderstanding and some the result of miserly government policy.

Ian Wheeler has spent years at a time in selling, purchasing, quality assurance, academic editing and train driving without causing major disasters. Most of his employers were enjoying better fortunes by the time he departed; some were beyond salvation. Now a gentleman of leisure, he tries to get around to all those tempting little retirement projects that beckoned as he slaved at his desk. In reality he spends most of his time slaving at a different desk and reflecting on the culpable fiction that is information technology.In quieter moments, Ian enjoys good literature, walking and classical music. He is also a performing folk musician, a morris dancer and a railway modeller, which goes to show that nothing in life is perfect.