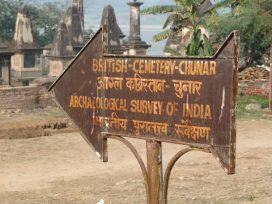 On Monday, 25 March, Mark Davies will talk to Oxfordshire FHS on:

An unexpected discovery of Indian ancestry in Oxfordshire (via Ireland)

Mark’s Indian heritage came as a complete surprise, realised only because of the totally unexpected revelation in the 1881 census that a great grandfather had been born in Calcutta. This in turn led to the discovery of an Oxfordshire heritage of considerable antiquity and a somewhat bizarre coincidence of Indian/Irish ancestral landownership in Oxford. He will discuss Some Dos and Don’ts of Indian ancestral research (via Ireland and Oxfordshire) and how to take the first research steps in dealing with Ancestors in India.

Mark Davies is an Oxford local historian, author, and guide with a particular knowledge of the history and literature of the city’s waterways, including the Oxford realities which underlie Lewis Carroll’s ‘Alice’. This interest stems from having lived on a canalboat in central Oxford since 1992. A biography of the Oxford pastry cook and first English aeronaut James Sadler – from a family with very long Oxford associations – is the most recent addition to his range of local publications.

We meet at the Exeter Hall, Oxford Road, Kidlington, OX5 1AB, with the talk starting at 8:00pm. Doors open at 7:15pm, when there will be advisors offering computer and genealogy help, and tea and coffee will be available. Non-members are very welcome, though we have a charge of £2 as an entrance fee for them to contribute towards the hire of the hall and the costs of speakers.