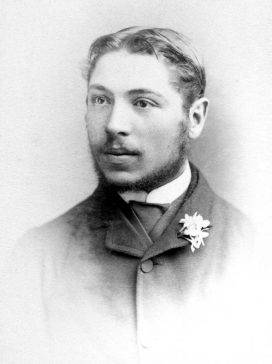 On Monday, 26 November, Tony Hadland will talk to Oxfordshire FHS on:

Most of us have agricultural labourers (‘ag-labs’) somewhere in our family tree. Tony Hadland’s paternal ancestors were Oxfordshire ag-labs for centuries. When Tony was a small boy, he met the last of them, who was born in Finstock in 1865. This was George William Hadland, who left the land as a teenager and made the transition to urban living in the city of Worcester. In this talk, Tony (former editor of Oxfordshire Family Historian) traces the history of his ag-lab ancestors and tells the story of his great-grandfather’s transition from penniless farmhand to self-employed property owner, including why and how he left the land.

Born 1949 in Reading, Tony has also lived in Oxford, South Oxfordshire and the Vale of White Horse. He spent 13 years in the West Midlands, literally having been sent to Coventry by his employer. He studied architecture at the Oxford School of Architecture and surveying at Reading College of Technology. Tony is a Fellow of the Royal Institution of Chartered Surveyors; a historian specialising in local, family, recusant and cycle history; honorary president of the Moulton Bicycle Club; and chairman of the Oxfordshire Local History Association. Between 2004 and 2009 he was administrator of the Vale & Downland Museum. He has written, edited and contributed to a number of books and has had many articles published in magazines and journals. He has made numerous appearances on radio, particularly in recent years on BBC Radio Oxford, and has also appeared in documentary films and on regional TV. His most recent book, co-authored with Professor Hans-Erhard Lessing, is Bicycle Design: an illustrated history, published by MIT Press. He has a website at hadland.wordpress.com.