You are here: HomenextNewsnextMeetingsnextConnecting up genealogical research, surnames, and DNA – talk on 23 March

Connecting up genealogical research, surnames, and DNA – talk on 23 March 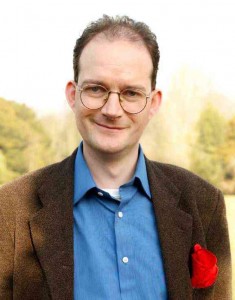 On Monday, 23 March 2015, Anthony Adolph will talk to OFHS on
“Connecting up genealogical research, surnames, and DNA”.

Actually, the full title of the talk is “Joining up the dots and bringing all together – connecting up normal genealogical research, origin of surnames, and DNA”, which is self-explanatory. The tendency is often to treat record-based research, the study of surname origins and genetic testing as different topics. Anthony will demonstrate how, by combining them all, we can all obtain much better results from our work, and gain a much better understanding of who we are and where we come from.

Our speaker Anthony Adolph has been a professional genealogist for just under a quarter of a century. He presented most of the genealogy shows on television and radio in the first decade of the twenty-first century and has appeared most recently on Heir Hunters and, Who Do You Think You Are? he was also a TV commentator on the birth of Prince George, who is his 12th cousin twice removed. He is the author of eight published books, including Collins’ best-selling Tracing Your Family History and has two more coming out later this year, Brutus of Troy, about the mythological ancestor of the British, and Ancient Ancestors, which is linked to this talk, tracing our family tree right down from the origins of life, 3500 million years ago.

You can see a video of Anthony enthusing about his research at https://www.youtube.com/watch?v=subgNlnwQvE , and, til the end of this week, you can see an episode of Heir Hunters on which Anthony features, on iPlayer. His segement is 17 minutes 40 seconds into the show – the link is http://www.bbc.co.uk/iplayer/episode/b054b0ff/heir-hunters-series-9-3-hassnipselman

The talk is at Exeter Hall, Kidlington, and will start at 8:00pm. From 7:15pm we will have computer and genealogy help available, as well as the bookstall and tea and coffee!  All are warmly welcome!

Details of the venue and other OFHS talks are found at our Meetings page.