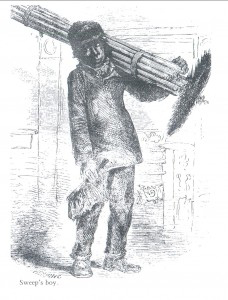 On Monday, 23 January 2017, Liz Woolley will talk to Oxfordshire FHS on:

“It will do him more good than going to school”: Child labour in nineteenth-century Oxfordshire

The image commonly evoked by the phrase ‘child labour’ is one of young children toiling in the grimy factories and of the Midlands and the North. Yet in rural counties like Oxfordshire, child labour was as much a feature of everyday life in the nineteenth century as in industrialised areas. This illustrated talk tells the story of our county’s child workers, many of whom started work part-time at the age of six or seven and, until the compulsory school legislation of the 1870s, left education for good by the age of ten to become permanently employed. Oxfordshire children worked in agriculture, in domestic service and in lace-making, gloving and in a host of other small-scale occupations. The talk highlights the differences between girls’ and boys’ experiences of work, and the particular fates of pauper apprentices. It also shows that, contrary to popular belief, cottage industry and agricultural work were by no means the ‘soft option’ in comparison with work in the factories and mines of industrialised areas.

Liz Woolley lives in Oxford and has a Diploma and an MSc in English Local History from the University’s Department for Continuing Education. Whilst investigating child labour in the Industrial Revolution as part of her MSc she became interested in the experiences of child workers in Oxfordshire: a rural, rather than industrial, county