You are here: HomenextAll EventsnextMaking the most of a will

Making the most of a will 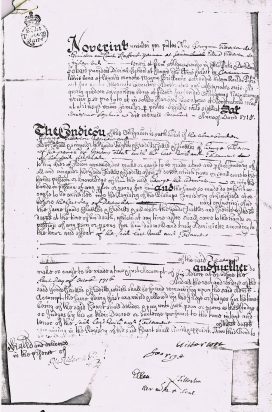 by John Titterton; the talk commences at 8:00pm. The talk will take place via Zoom.

John will be talking about what can be learnt from the different parts of a will. Also he will highlight the other documents and records which may also be found with the will or instead of it and explain how wills may lead to the search for other documents. The talk will include a discussion about the contents of three or four wills and how it is possible to combine information from each to build up a family larger family tree.

John was born and brought up near the Midland town of Stafford and went to University at Imperial College in London.  By profession he was an Electrical Engineer responsible for keeping the lights on in central Southern England.  After living for a number of years at Reading and briefly Portsmouth he now lives in Ashbourne.  His hobbies include Family History, Local History and Heraldry.    He has a MA in Local History. He was elected a Fellow of the Society of Antiquaries in the 1990s.

He started researching his family history as a young teenager. He is researching all instances of the name Titterton and has established that the family had its origins about 1400 in the North Staffordshire village of Alstonefield.  He is a member of the Guild of One Name Studies.  In May 2002 he organised a ‘Titterton Gathering’ to which 100 Titterton family members came, including some from USA and Australia.

A summary of most talks will appear after an interval in the Members’ area of the OFHS website. Summaries of previous talks are also available in the same place. This talk will not be recorded.