Half the Wealth of England… 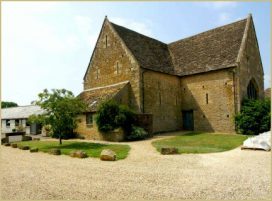 by Richard Martin; talk commences at 8:00pm. The talk will take place via Zoom.

Couple two sayings of Old England (“Half the wealth of England rides on the back of the sheep”, and “The best wool in Europe is English, and the best wool in England is Cotswold”) with the world-wide ubiquity of the Witney blanket, and you have the basis of a surprisingly interesting story of the sheep, its wool and the weaving of it, in Oxfordshire and The Cotswolds.

Richard Martin read Chemical Engineering and then Medieval and Modern History at University College London (and he can attest that you are more likely to hear engineers discussing Shakespeare, than historians discussing Einstein). He has been involved in woollen textile making since reviving a derelict Cardiganshire mill in 1976, operating another in West Yorkshire, establishing Cotswold Woollen Weavers in 1982, and re-opening the Blanket Hall in Witney to the public in 2015.