You are here: HomenextAll Eventsnext“A Gentleman would not like it”: The History of Restraint in Mental Health Care

“A Gentleman would not like it”: The History of Restraint in Mental Health Care 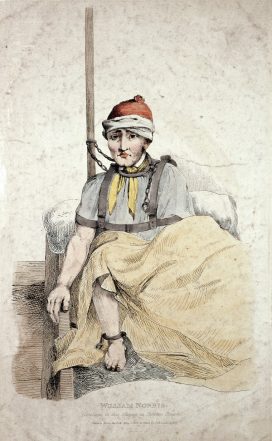 by Sarah Chaney; this talk commences at 8:00pm. It will take place via Zoom.

When we picture a Victorian “Lunatic Asylum”, an image that tends to spring to mind is that horror film staple, the strait-jacket. Few people are aware that the “non-restraint” movement in England and Wales meant that all restraining garments, straps or chains largely disappeared from public asylums for a half-century. By the early 1850s, all asylums in England and Wales were claiming to follow the non-restraint system. This development is significant, because it complicates the widespread assumption that changes in mental health care must necessarily be progressive: if you encounter a strait-jacket in a museum collection, it is more likely to be a twentieth-century garment than a Victorian one. The arguments raised throughout the debate also highlight other issues in mental health: the changing role and status of mental health nurses, concerns about “chemical restraint” with drugs and the legal status of the mentally ill. In this talk, the speaker outlines the history of restraint in Victorian asylums, along with associated ideas such as moral treatment and care, and explores some of the myths and misconceptions that remain widespread today.

Sarah Chaney is a part-time researcher on the “Living With Feeling” project in the Centre for the History of the Emotions, exploring compassion and nursing. She completed her PhD at University College London in 2013, focusing on self-injury in late Victorian asylums. Her background is in public engagement, and she also works as exhibitions and events manager at the Royal College of Nursing.