You are here: HomenextNewsnextShipwreck off Tasmania: the loss of 95 migrants from Oxfordshire – 175 years on

Shipwreck off Tasmania: the loss of 95 migrants from Oxfordshire – 175 years on 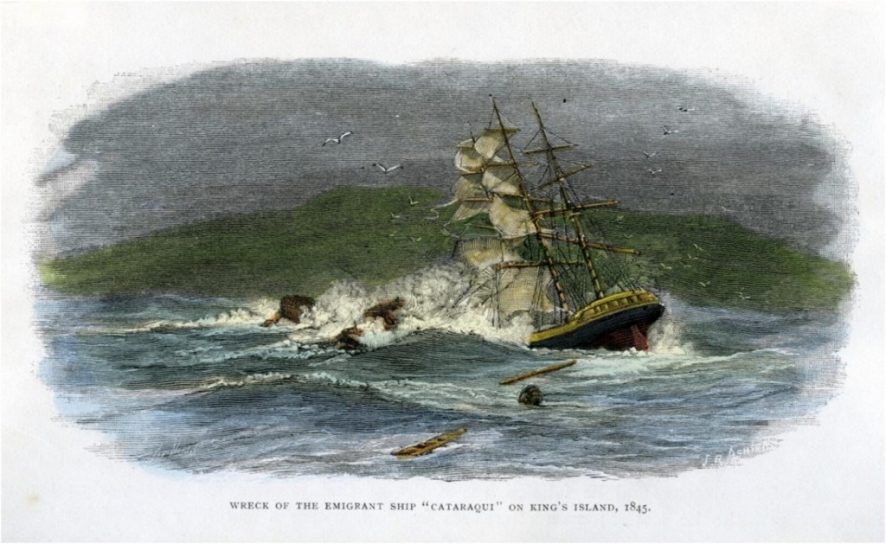 zoom
The shipwreck of the Cataraqui on King's Island, 1845

Oxfordshire Family History Society has been sent the following news:

Were people from your village or family among the 400 fatalities in Australia’s biggest peacetime disaster?

On 20 April 1845 the Cataraqui ship left Liverpool with emigrants bound for Melbourne.  A quarter of the 369 passengers were from Oxfordshire.  Many were poor families “encouraged” to take assisted emigration under a Poor Law amendment.  Close to its destination, on 4 August, the Cataraqui was shipwrecked on King Island in the Bass Straits (between Tasmania and mainland Australia).  Only 9 survived – mainly crew. The outcry which followed resulted in Australia’s first lighthouses.

Find out more about this piece of local history and its 175th anniversary commemorations at https://www.tackleyhistory.org.uk/

Come to a talk Mon 6 April, at 8:15pm in Tackley Village Hall OX5 3AH; given by Neil Wilson & Rachel Strachan.
“Shipwreck off Tasmania: the loss of 42 impoverished migrants from Tackley – 175 years on”.

There’ll be a commemorative service on Sunday 19 July in Tackley for all the Oxon villages and families involved; contact Tackley Local History Group via suejashton1@btinternet.com.