You are here: HomenextNewsnextNew publication from Oxfordshire Record Society 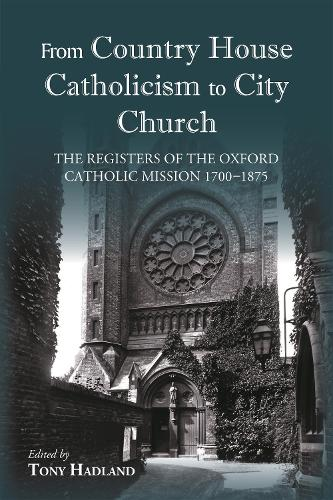 ‘From Country House Catholicism to City Church: the Registers of the Oxford Catholic Mission 1700-1875‘ has just been published by the Oxfordshire Record Society.

These registers, compiled by the Jesuits, are now held in Oxford at St Aloysius, which is now the home of the Oxford Oratory. They have been edited by Tony Hadland. They show the development of the Catholic church in England from penal times to a time when it was legal for the church to build churches where they were needed, even though there was still considerable prejudice among the general public.

The book can be purchased from publishers with a current discount of 35% on the publication price of £35. Further information is set out in a flyer which can be viewed on this link.