You are here: HomenextNewsnextMembersnextHugh Kearsey has been awarded an SoG Certificate of Recognition

Hugh Kearsey has been awarded an SoG Certificate of Recognition 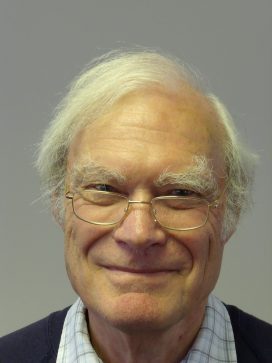 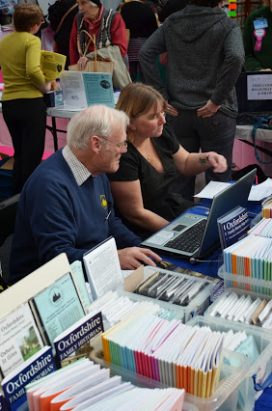 On behalf of Oxfordshire Family History Society, I am delighted to extend congratulations to our President, Hugh Kearsey, on having being awarded by the Society of Genealogists their new “Certificate of Recognition”.

Hugh is one of four people/institutions to be so recognised – the special Certificate of Recognition has been newly created by the Society of Genealogists to recognise exceptional contributions to genealogy by individuals and institutions worldwide.

The citation for Hugh is:

“Dr Hugh Kearsey for actively ensuring a wider availability of materials enabling others to pursue family history in Oxfordshire and Gloucestershire.”

Full details of the award and the recipients are at the Society of Genealogists’ website.

Hugh joined the Oxfordshire Family History Society in 1985 and was elected to its Committee in 1988, becoming Chairman in 1995. Having moved to Gloucestershire in 1997, in 1999 he relinquished the Chairmanship, and was elected a Vice President. He remained on the Committee until 2009, and was elected President in 2002, a post he currently holds.

Hugh is currently our Projects Co-ordinator.  His first project began when he became 1851 Census coordinator in July 1988.  Of the 1841-1901 census indexes and the transcripts of 1841 and 1851 which are key resources of the Society, much of the transcription, indexing and presentation on fiche and, later, on CD, is attributable to Hugh.

Key to the “wider availability” of Oxfordshire information was Hugh’s initiative of microfiching the parish register transcripts held at the Centre for Oxfordshire Studies in 1989.  These were later scanned and Hugh formatted the scans leading to their publication on CD, with the first such being produced in 2003.

Whilst living in the part of Oxfordshire which was formerly North Berkshire, Hugh transcribed some of the parish registers of that area.

Currently, Hugh is busy with extending, both in parishes and in date coverage, the Society’s burial index.  He’s also busy replacing the scanned transcripts on the CDs with digital ones rekeyed by Society volunteers.

These are just some of Hugh’s contributions to his work extending the availability of records relating to Oxfordshire family history, for which Oxfordshire Family History Society is very grateful, and which make him a worthy recipient of this new award.