You are here: HomenextNewsnextArchives & Librariesnext20 years of Treasure - Exhibition and Lecture

20 years of Treasure - Exhibition and Lecture 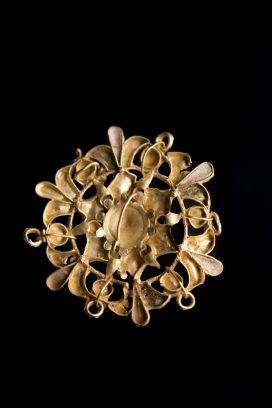 The Oxfordshire Museum in Woodstock marks the 20th anniversary of the Treasure Act with an exhibition showcasing some of Oxfordshire’s most amazing treasure finds. As part of a nationwide celebration being led by the British Museum, the exhibition will look at the huge significance that both the Treasure Act and the Portable Antiquities Scheme have had on the County’s collection and its contribution to our understanding of Oxfordshire’s history.

The Treasure Act, 1996 was introduced in England, Wales and Northern Ireland on the 24th September 1997 in order to preserve significant archaeological finds for the nation. Over the past 20 years thousands of objects found by members of the public have been made available to the nation because of the Act. The Portable Antiquities Scheme was set up at the same time to collect details of all the finds that did not class as Treasure. With over 1 million objects recorded so far, the scheme has created an extraordinary resource for exploring our past.

All of the objects in the exhibition have been found by local people and metal detectorists across Oxfordshire. They include Treasure finds and also items that have been recorded by the Portable Antiquities Scheme. Objects range from clay pipes and pots to gold coin hoards and Elizabethan rings. Recent acquisitions such as a beautifully decorated pair of Roman callipers, a hoard of Roman pewter from Somerton and an Iron Age brooch will all go on public display for the first time.

20 Years of Treasure – The Portable Antiquities Scheme in Oxfordshire’ opens on the 23rd of September with a free lecture at 10.30am – 11.30am by Michael Lewis, Head of the Department of Portable Antiquities and Treasure at the British Museum. Please contact the museum on 01993 814106 to book a place.