You are here: HomenextAll EventsnextThe work of the relieving officer in the Bletchingdon

The work of the relieving officer in the Bletchingdon 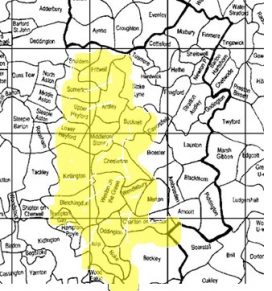 Summary: The Poor Law Amendment Act, which was passed in 1834, dictated attitudes towards the control of poverty for the rest of the century. The implementation of the Act did not run smoothly; many protests were held across the country. Many protests in rural areas argued that due to the changing seasons and fluctuations of harvests there were often times when men could not work. In an effort to retake control of the situation, new regulations were issued in August 1837.
The system of distributing aid locally meant that rules applied in one union were not necessarily copied in others; indeed, there were areas that were held up as good and bad examples on how relief should be administered

Each Union had a Board of Guardians who would appoint relieving officers to various districts in their union. This talk will look at the work of one relieving officer in the Bletchingdon District of the Bicester Union, George James Dew, and specifically by examination, the relief and outdoor relief receiving in the village of Bletchingdon from 1834 to 1920.

The relieving officer’s role was to monitor all applications for relief in his parishes and in co-ordination with other parties recommend whether the application should be approved by the Board of Guardians. His role was also to supervise any conveyancing of the poor from the parish to the Bicester Workhouse or its Infirmary or on occasion to Littlemore Asylum.

Examination of the various records within the Oxfordshire archives from the various books and forms completed by the Relieving Officer will be examined in the talk.

Speaker Bio: Charles Eldridge has been a member of the Oxfordshire FHS for over twenty years and is now the society’s treasurer. His paternal line comes from Oxfordshire and is now part of the OFHS DNA project at FamilyTree DNA. He has assisted in the Oxfordshire Surnames Project and its associated book with a chapter on village life changes in the 19th century that was the starting point for this more detailed village study.

To register for this talk first login and then go to  the relevant page in the Members’ Area here .